Shadow of the Fox by Julie Kagawa First in a series // YA // Japanese-inspired // Found Family

I freaking loved this book. It was an incredible experience, and that ending! I actually bought a copy of this book for a quiet high schooler who I know loves anime, and I can’t wait to chat with her about it.

Yumeko is half kitsune, a wielder of fox magic, trained in illusion. She lives in a monastery and trains and serves, with some monks who treat her kindly and others who look down on her and think she shouldn’t be there. She is a queen of pranks, making mischief for monks and herself alike. One day, while hiding from one of those pranks, the monastery is attacked, and demons burn it to the ground, looking for something. They don’t know, though, that Yumeko is the one who holds it.

Yumeko meets Kage, in the woods outside the monastery, sent to retrieve the Dragon Scroll, a part of an ancient ritual who would grant any wish only once one single night every era. Kage is a part of a shadow organization, and have honed him to be a single-minded assassin. They team up for a single purpose, though they definitely don’t trust each other, finding out more about their world.

The characters ask themselves questions of their own identity while wondering who they can rely on. Just like any of us, some time in life you start to realize that what you were told as you were growing up might not match how you see the world. Meeting other people is a major way to establish your own beliefs, and Shadow of the Fox feels so down to earth in this area.

One of my favorite tropes is found family, and that is the best part of this book. The friends they meet along the way really create a tight bond, and each of them have different backgrounds, different beliefs, and different reasons for even being there. But they really belong together, and the closeness between them is obvious.

I also liked the multi-perspective writing. All of the characters were interesting to read about and though sometimes it took several sentences to get into the chapter, the pacing between characters was perfect.

Soul of the Sword by Julie Kagawa 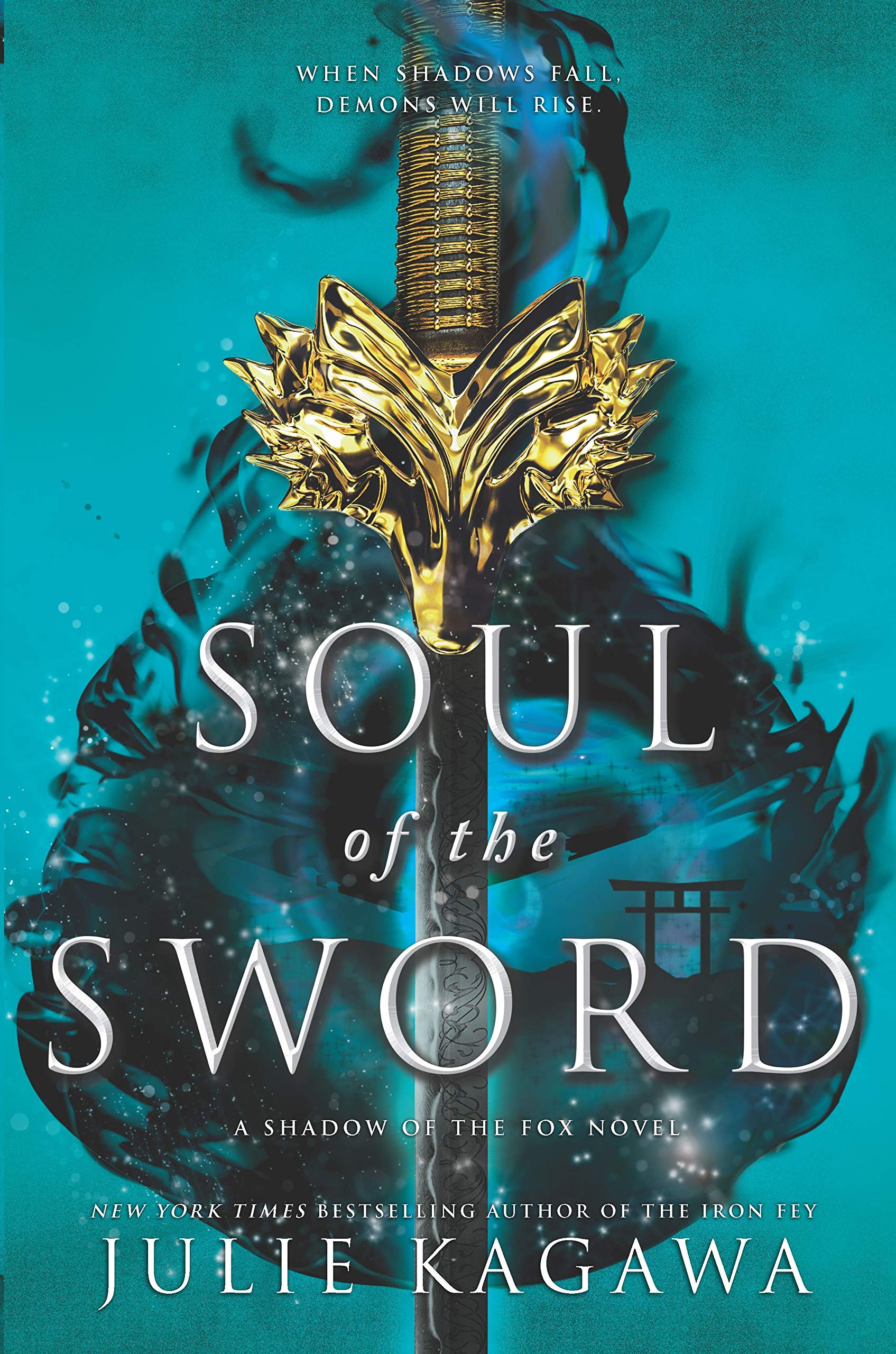 Second in a series // YA // Japanese-inspired // Found Family

This was a great follow up, and I’m really glad I read it right after the first one. Though it suffered from a little bit of second book syndrome (dragging at parts, and separating our main love interests) the book continued the high energy plot at the end of the first book, which was the best aspect.

The also labeled the perspectives in this book as well which really helped sink into the story easier, and continued the lean into the incredible twist at the end of the first book.

The stakes grew so much throughout this book, which helped to add to the depth, getting really dark towards the end of the book. I immediately preordered the next book, and I will have to distract myself until then! The events are not clear cut, they are complicated by our characters, and nothing goes according to plan – which I love.