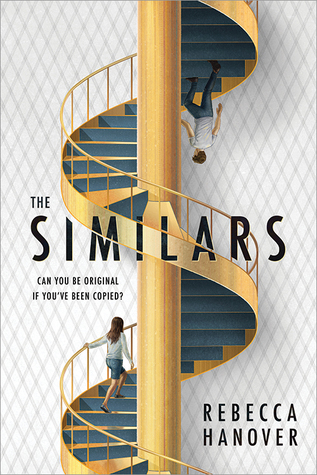 First of a Duology // YA // Mystery/Thriller

What a surprising turn of events, I loved this book! I cannot WAIT for the second book, and the twists and turns at the end really ramped up and were the shining portions.

I picked this book up at a Barnes & Noble sale because the cover is cool and it sounded intriguing, not thinking that this would be a brilliantly written book where the draw of this book (the first clones in the world sent to boarding school with the students who they were cloned from) paired perfectly with the twists. The Similars (clones) weren’t just an interesting plot point, but the whole crux of the end of this book, and I am waiting anxiously for the next one!

In the beginning of The Similars, Emmaline, our main character, is really struggling with the death of her best friend, and, anxious to get back to normalcy, heads back to school. But she is quickly surprised by the clone of her best friend. She struggles with fighting the urge to lash out at him and balancing the fact that one of her new best friends is one of the clones – with real, honest emotions that question a difficult topic. At points of the book, I thought the politics of what larger society thought of the clones was exaggerated and felt a little forced, but with politics the way they are in the US I guess anything could happen.

Some elements I didn’t like so much were most of the relationships of students and their parents, and any drama that happened outside of the main mystery – which wasn’t much so it didn’t break my immersion that much.

There was also a not-so-secret society in this book that seemed like the author would dig more into but the book ended up veering off a different direction – which I actually appreciated, as the early scenes with this group were the drama-filled portions I wasn’t fully enjoying.

The Sci-Fi (cloning) elements of this book are very light, focusing mostly on the darker elements of Darkwood Academy and the relationships between students, with a main character that likes to dig deeper and pursues the truth when something feels off. Emmaline would always look deeper into elements that I, as the reader, would question, which is a nice break from other thriller books that have main characters that I like to yell at, since it takes chapters to get to something I thought from the very beginning.